The Committee of Recommendation consists of people from the Dutch debating world, who care for debate in the Netherlands and our society. 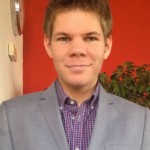 Victor Vlam was the chairman of the Nederlandse Debatbond. Next to this, he taught multiple national politicians how to debate and he is regularly seen on national television to analyse debates and speeches (nrc.next, BNR Nieuwsradio, Eenvandaag). Furthermore, Victor is an Americanologist who campaigned for Barack Obama in 2008.

Roderik van Grieken is the founder (1998) and managing director of the Nederlands Debat Instituut. He is a thriving force in the debating society of the Netherlands, by introducing debating to all schools in the Netherlands.

Chris Holman is the coordinator of the Cultuurhuis at the Noorderpoort College. He offers MBO students a chance to further develop themselves in public speaking, during their Civil Liberties courses.

Drs. Marieke Blaauw is the Honours programme Director of the Honours College of the Rijksuniversiteit Groningen.