Last week, the yearly pinnacle of European university debating, the European University Debating Championship (EUDC), took place in the Serbian city of Novi Sad. Having had two days to regain my normal state of consciousness after going through days of the weird activity that is debating, I feel I am capable to write this short reflection on the experiences Linsey and I have gathered during our Serbian episode. So for anyone who is curious where debating may lead you, or who wishes to frown at the abnormality required for people to give up a week of their summer holiday shouting arguments at other people, here is the official report of Kalliope at the EUDC Novi Sad 2018.

When I joined GDS Kalliope as a shy and soft-spoken 20-year-old boy, I would not have thought to ever gather the confidence to go through nine rounds of debating against teams from all over Europe more than three years later. Yet as Linsey and I got more and more used to doing tournaments together, and as we finally started to book some successes as well, we both felt that the time was ripe to try our hand at the most prestigious debating competition of the continent. Given the high level of EUDC, we had resolved not to pursue any specific goals, but just to take most out of each debate that we could (this probably being the only way to saturate the feeling of anxiety that is my perpetual companion at debating tournaments). That did not mean we had come unprepared, however. With a casefile measuring more than a hundred pages, covering the specifics of Asian international relations, the South-American drug problem, and the 2008 financial crisis, upon arrival we felt a mixture of confidence and the feeling that we might be starting to take all of this a little too seriously. 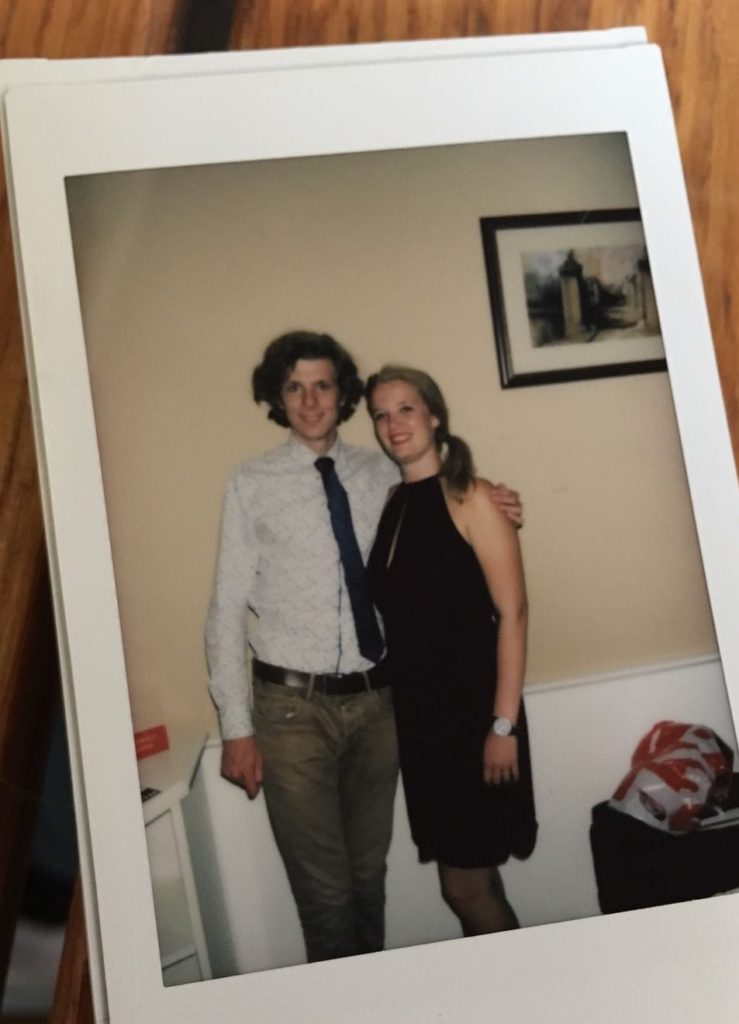 GDS A, just before break night

After having arrived in a hotel that, with five stars, might have been a little overrated (there were not even cocktails at the bar) but was still capable of providing a good night’s rest, we arrived at the competition well-rested and more than a little nervous. The first day covered American politics, the healthcare system, and the potential of androids to engage in relationships with humans. We did reasonably well, scoring five out of nine possible points by taking two second places and one third place. We especially enjoyed the third debate, which covered a wide span of philosophical and psychological themes about the nature of AI, the nature of love, and the possibility of overlap between both. On the second day, the debates were about the African reception of post-colonial leaders, the South-Korean stance towards North-Korea, and the desirability of increased representation of neurodivergent people in popular tv shows. We were glad that, in the first of these debates, all our months of case-filing finally paid off, even though we were slightly disappointed when the Korea motion unexpectedly took the place of a motion on the Association of Southeast Asian Nations, which we had studied extensively during our preparation. Nonetheless, this day was our most successful one during the tournament, getting two first places and one third, ending the day on twelve points and well on track for the break to the quarter finals for ESL teams (teams with English as a second language). This of course raised our nervousness, which, sadly, we were unable to leave behind at the hotel’s swimming pool, which had been closed for debaters after one member of the delegation had inexplicably decided that it would be a good idea to go skinny dipping.

On the final day, we had to debate Colombia’s drug policy, whether or not artists should engage in the interpretation of their own work, and, finally, whether immigrants in Western Europe should encourage their children to fully assimilate with Western culture. Except for the last debate, we felt slightly less confidence about this day than the previous ones. This made the hours we had to wait for the break announcement, which sadistically would only be at midnight, extremely nerve-wrecking, a situation which could hardly be helped by taking advantage of the mind-bogglingly low prices for cocktails in the Novi Sad cafes. As we had been forced to listen to an uncomfortable number of nineties hits at the announcement location, that evening we finally learnt how we had done the last day. Despite our resolution not to have any specific goals for the tournament, we could not suppress a slight sense of disappointment when it turned out that we had missed the break to the ESL quarters on just a few speaker points (the points that you get as an individual speaker and that decide which teams go through when multiple teams have gained the same number of team points). As it turned out, we had taken an expected third place in the seventh round, an expected first place in the last round, but a slightly below-expectation fourth place in the debate about art, thereby ending just below the breakpoint on 16 points. Nonetheless, this disappointment soon was replaced by satisfaction that we had managed to gain a very respectable score, and, for half of our team, by the consolation brought about by the typically Serbian drink of Rakija. Also, it meant that we did not have to go through any more stress for the final rounds, and could just spend our time relaxing in the hotel or going to the cute centre of Novi Sad (me) or watching the two breaking Dutch teams perform (Linsey). In the end, we were very proud to see one Dutch team, Leiden A, perform in the ESL final.

Once the tab was released, our positive feeling about our achievements was further amplified when we found out that we had ended in the top twenty of ESL teams, ending fourth of the sixteen Dutch teams, which, given the high level of the Dutch delegation, was certainly something to be proud of. Also, we managed to achieve our best average speaker points so far, me speaking a 77.1 on average and Linsey even a 78.1 (where 75 is considered average). In general, we are both very content with our performance. 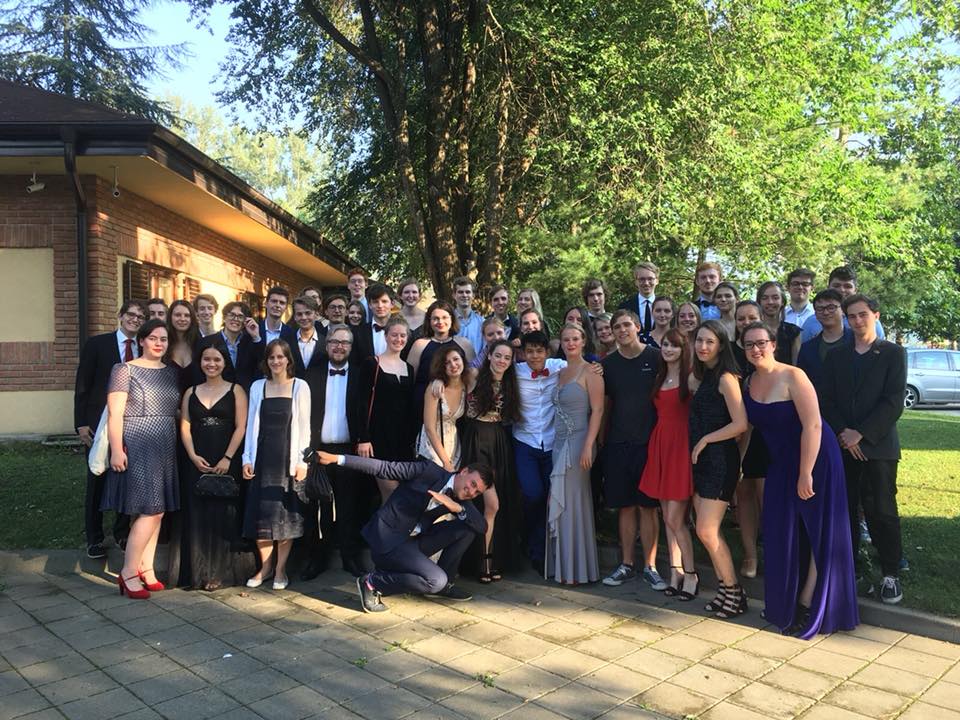 Besides, of course, I will retain many positive memories about the social aspects of the tournament. First and foremost, it was, as always, a pleasure to be able to debate together with Linsey, whose positive and resolute mentality as usual helped me to keep my sanity throughout the whole tournament. Working together with someone for nine consecutive debating rounds is quite an intensive process, so I am very grateful to have been able to share this experience with such a great debating partner and friend with whom the cooperation (almost) always went flawless. But I also found much support with some of the other members of the Dutch delegation, who were always ready to offer supportive words or share advice on how to deal with the most stressful moments of the tournament. I am often amazed at how such a competitive and adversarial activity as debating attracts such genuinely kind and sociable people. This also went for almost all debaters from other countries I had the pleasure of meeting. Participating in a common activity such as debating offers a great chance for an introvert like me to engage in conversation with interesting people from many different countries, ranging from the UK to Portugal to Finland. In terms of meeting friendly and interesting people, this was one of the most exciting weeks I have experienced. As well as one of the most exhausting – I am happy to have some summer holiday left when I can catch up on my daily dose of doing nothing, feeling salty about the result of round 8, but eventually concluding that the decision to go to EUDC definitely added an unforgettable experience to my summer.