2016: The penultimate episode of humanity? 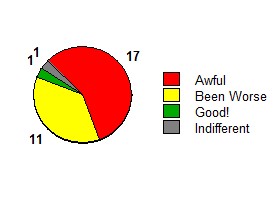 So now that my shameless catastrophic clickbait headline has caught your attention, I think most of us can agree that 2016 has been rather shit. In fact as you can tell from this quick survey I took out of 30 people (people in my house, I am not that professional) more than half agree that it has been a bloody awful year.
Well I shall endeavour to examine this, and possibly answer the question of whether or not this is the final act before the curtains are drawn on humanities little existential performance.

Is this sentiment justified? Well the start of the year was not very promising with the death of beloved actors and musicians such as Alan Rickman and David Bowie, this understandably put everyone in a bad mood.
On top of this the war in Syria continued into another horrific year with increasing Russian involvement, as well as the refugee crisis worsening. Alas however this was simply fates foreplay with us.

There was the March terror attacks in Brussels and Istanbul, and July attacks in Nice and Baghdad. Added to this was the Turkish Coup that destabilised the country. Finally the icing to top off the shit-cake was the Brexit results. I was personally catatonic for about two weeks living off beer and pretzels before I felt like engaging with a human being again, mainly out of disgust but also shock. Not sure which I found more surreal, the pound dropping like underwear in the red light district or watching so-called professional British politicians resigning or committing political suicide.

The rest of the year since has seen a re-emergence of increased tensions between the NATO allies and Putin’s Russia that seems set on restoring Russia to the ‘good old days’ and reunifying the Russian speaking peoples (and by good old days, I mean shaking in terror that we might nuke ourselves silly).
So how one might ask could things get worse? Well sadly… a lot. 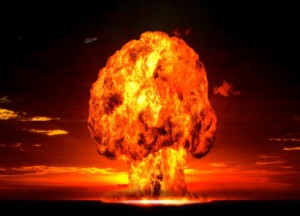 The upcoming US elections could potentially determine the fate of us all. Although by no means would I suggest that Hilary Clinton is a fantastic alternative, the thought of a Donald Trump presidency controlling nearly half of the world’s nuclear arsenal is truly a terrifying prospect. I couldn’t possibly go into detail about how much of a bad choice he would be (nor could I be bothered to) but his remarks about not upholding NATO commitments to defence are worrying. It is a sad fact that the balance of power and peace in the world is maintained by nations being too afraid to attack someone else for fear of total destruction, perverse yet true. When someone (Putin) really starts to believe that they can win despite the horror of modern weaponry, then the world suddenly becomes a lot more dangerous.

So there we have a very compressed overview of the misery and despair that has been 2016 with us on the brink of another cold war… and it’s not even fucking over yet.
As downright depressing as all this is you might be asking why I called the title of this article “the penultimate episode of humanity?” Well first of all let me put some things into context. By no means am I suggesting that this is the worst year humanity ever suffered. Certainly if we think back about 100 years ago it wasn’t thousands of people dying but hundreds of thousands at battles like the Somme in the First World War. Even after the ‘war to end all wars’ ended in 1918 and we all thought that the destruction was over, Spanish flu hit and killed somewhere between 20 – 50 million people, talk about being kicked when you are down.
Taking a look at most of human history can be bleak, which is why most of us don’t, however I make a point as 11 out of 30 did in my survey that it could be a lot worse.
The reason why I suggest that this could be the episode before the season finale is the conditions we find ourselves in and the trials which we shall face in 2017.

When I was born the Berlin wall had recently been demolished, my parents brought me up telling me of how the world awaited nuclear Armageddon for decades but instead the Soviet Union collapsed (I had unusual bedtime stories). Apart from conflicts such as the Gulf War, people genuinely believed that things could only get better, the fear of the cold war was dead in favour of hope in unstoppable progress. The political scientist Francis Fukuyama in his book “The End of History and the Last Man”, announced that we had reached ‘the end of history’.
Unfortunately for my parents and dear old Fukuyama this is utter shite. Our sentiment that 2016 has been a shit year is largely due to the fact that for nearly three decades we have believed that things could only get better. Our parents believed they were handing down a world that was ‘better’ when in fact this attitude made us complacent, the last few years in particular have shown that the flashpoints in places like the Ukraine and Syria are pushing us to an inconceivable scenario.

Whilst I am not arguing that we are directly heading to war (despite my alarmist style of writing), the chances of it happening are increasing. With Russian and NATO forces building up along the borders between the two spheres of influence the chances for something to go horribly wrong become more and more possible. The days of the cold war are slowly returning.
One of the only things that prevented World War Three in the last century was strong leadership such as Kennedy and Gorbachev. Can we rely on the leadership of today to steer us from Armageddon? FEAR NOT! For Boris Johnson and Donald Trump are here to save us all (!). Whilst these characters are figures of entertainment, we might well be relying on people like this to de-escalate situations which might lead us to global conflict, which makes things such as the US elections relevant to us all.

Truth is despite my ‘end is nigh’ attitude, I can’t say whether or not we are really facing the end. Admittedly despite what we see happening we are still living in a “relatively” peaceful world. However, what I am arguing is that the events of the last few years, not just 2016, have created a calm before a storm, and we might well now be standing on the precipice. I have not even began to mention other factors we face as a species such as the effects of climate change, will have to save that for another article (bet you can’t wait for that one).

On a cheerful note I did find this obviously accurate map that suggests that Groningen is not near any blast zones in a nuclear war, so if nuclear fire does come to pass in mankind’s season finale, you’ll probably get to live an extra 6 months or more, who knows, I stopped giving a fuck a long time ago and learned to enjoy the view whilst it is still there. 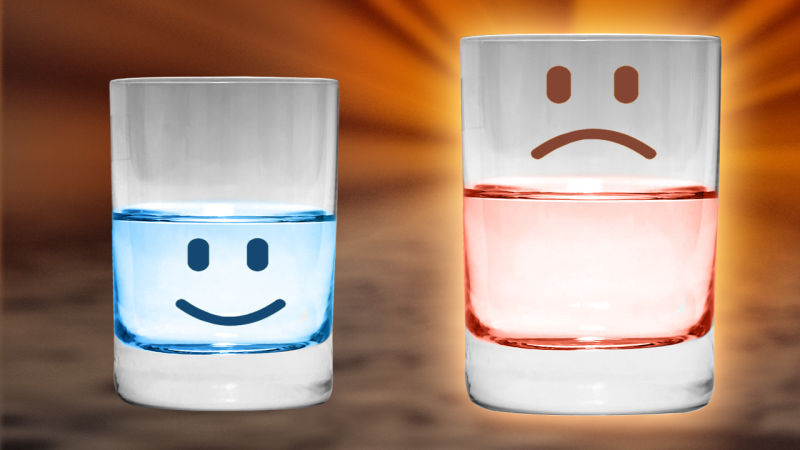 If you are one of those people who say “cheer up, it could be worse” or “there is always someone worse off than yourself”, then I am sorry to say but you are a fucking Lees verder… 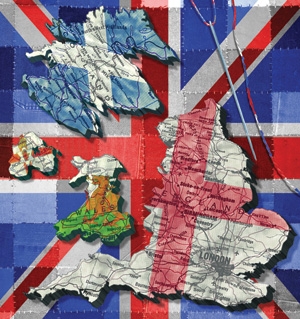 Loud, drunken, arrogant and demanding, who can fail to recognise the mating call of the Greater Spotted Brit when they are abroad…especially when they are on holiday. Once a year many Brits conduct their annual Lees verder…

Bollocks… My favourite English word, in particular when used in conjunction with “what a load of old bollocks”, Brexit falls under the category of when I would use this phrase. It was also the first Lees verder…